George and Brad get hitched! 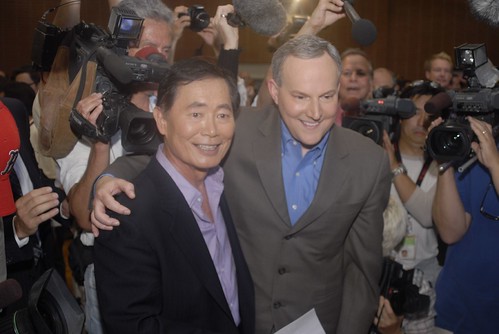 George Takei and his partner Brad Altman got their marriage license in West Hollywood today. The couple plan to be formally married in September at
the Japanese-American Museum in downtown Los Angeles.

"I am the happiest guy in the world," Altman said. "I get to be married to George Takei."

He told reporters and a swelling crowd outside the West Hollywood city auditorium "may equality live long and prosper."

More photos from the event are available at http://www.flickr.com/photos/weho/