Just heard from my sister... my grandmother Lillian -- my father's mother and last surviving grandparent -- has died, at the age of 95. (This is her at 90, after the funeral of her last surviving son, my Uncle Virg.)

And the thing is, I don't know how to feel. Vaguely sad, I guess? But why don't I feel more? It's not for lack of caring, really. Maybe it's because I just didn't see her much, or that it's been kind of a distant thing that would be a reality soon enough.

My father had lots of problems relating to her... but not me.  He was upset that she left his father while he was still a teen, and that his dad later remarried. Obviously, divorcing under such conditions and the resentments caused probably helped her to make a conscious decision that she was not really the mothering type, at heart.

My father reacted to all this by running off to join the military at the age of 15, lying to get in underage. Which was one of those somewhat unfortunate decisions that anyone who makes rarely ever says was the wrong one. The military gives... and the military takes away. And they take an awful lot... and it is what it is.

In retrospect, I think it was a matter of both my grandmother and my father, doing what they could to get away from my grandfather... and the resentment, perhaps, of being left behind. In retrospect, it kind of screwed with his life, in that it led to him running off and joining the military as a fifteen-year-old, and eventually suffering from PTSD and all the other residual crap that being a soldier can do to you. It made him an angrier person, a more resentful person, a more close-minded person, and a worse father... which is unfortunate, as he was a pretty intelligent person who once loved my mother in an almost desperate kind of way... like a lifeline to humanity, perhaps.

If you're not careful, the roles that one chooses to play in life oftentimes decide your soul for you... if you play them long and hard enough, to the point that you forget what matters. I really liked my grandmother, because, despite the obvious difficulties involved in her divorcing my grandfather and all the pain it caused my father, she was someone who refused to play roles that didn't work for her. She was married about four times... mostly for the better. She enjoyed her life, because she picked people who allowed her the ability to do so... and if it didn't, she'd pick again... not because she was casual in her choices, but because she was serious about herself. And despite not really being the mothering -- or even grandmothering -- type, she gave me surprisingly good, honest, supportive, wise advice, from one soul to another, when I was a young, insecure teenager... without the platitudes or false kindnesses one might expect of grandmotherly advice.

Towards the end of her life, she intentionally distanced herself from her family and relatives... and the thing is, I'm certain it had nothing to do with dislike. Rather, it was all about her. She didn't want to impose upon others in her later years, and she didn't want to be imposed upon by others, to be more religious, more of a grandmother, more of a patriarch. More outgoing. Putting on more of a good public face...

She lived as she died... a strong woman, who preferred living her life on *her* terms. She owned her own soul. How could I not respect her for that?! 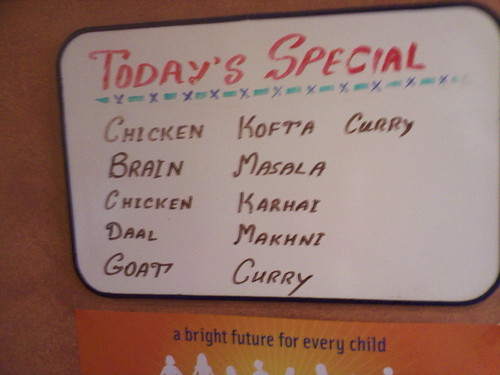 One of the great things about San Francisco is even late-night zombies have no shortage of available restaurant options.