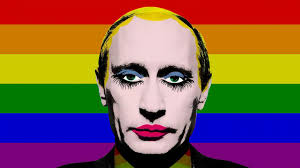 Yes, this is a shame... but so is getting a half-dozen pieces of spam per day. It's a shame what the powers-that-be allowed LJ to be reduced to. Entropy alone is a hard, hard thing to battle, but when you throw in greed, negligence, and excessive, entrenched bureaucracy, it becomes a losing battle, I fear.

I no longer receive emails when people comment in my journal, so if you want to reach me or read me elsewhere, message me directly.

Thanks to all friends, well-wishers, and dreamers of great dreams. The essential struggles for those things that truly matter continue. Elsewhere.

Yes, I know that I haven't been posting much, even though I am "back"...

A big part of the reason for that is that I'm actually busy living my life... but I do have downtime, and basically find that a lot of the good bits in my life, involving my personal desires and thoughts, my labours, lusts, and kinkitude... they either aren't documented for discrete purposes, or because I can't be arsed, or they simply wind up elsewhere on the intarwebz, frequently at a location that is more discrete. If you really want to know where that is, message me privately with a list of ten shockingly, embarrassingly personal things about you, and I will let you know where I'm posting the good stuff.

But the question at this late, late hour is, "what can I say today?!"

I can say that I am changing a lot, both inside and out.

I can say that despite the fact that I'm doing quite a few cool things, and I'm surrounded by a lot of cool people, I'm oftentimes not in the least bit cool myself. This is not a bug. It's a design feature.

I can say that I usually go to bed at night all alone in a lush king-sized bed that is far too big and oftentimes far too lonely for one person, but despite that, I suck it up, because I'm rediscovering my self and my life, and I'm profoundly cynical of sharing that bed with anyone who doesn't know the whole me, can't be bothered to find out, isn't somewhat excited about the changes, and isn't on a similar journey themselves.

I can say that it seems that a lot of my life has been about helping to corrupt n00bs -- and sometimes minors -- albeit in safe, socially responsible ways. I'm still doing that in my own way, and indeed, view it as an absolute necessity, given that the alternative is entrenched fear and closemindedness.

I can say that I've let myself down in the past -- and others down too -- and that I'm keenly aware of this fact and trying to make amends... sometimes to the point of not even moving forward on some things I would *like* to do, until I"m on top of my sh*t. S.F. is an all-consuming beast of addictions and distractions, and it will extract its chunk of your soul unless you stay focused on what matters.

I can say so much of my life right now is quite literally about walking in my shoes and being in my self. The focus is very much on me, but that's a healthy thing. Most of the relationships I can afford to deal with are with online friends or those I see during my adventures, but in truth, I appreciate them greatly... even in passing.

Just wanted to let you know that I didn't move up to S.F. just so that I can swelter in an 80 degree apartment. Had plenty of that in the South Bay already, thanks.

If you actually exist, and are allowing this to happen, go f*ck yourself. If you don't exist, go f*ck those of your followers who insist on denying global warming. It would be helpful if they insisted on denying the existence of cliffs and gravity too while they're at it, because I would rather not have to go over the cliff with them, at least when it comes to hot weather.

Listening to the grandeur o' the plastic beach... quite like the "classical" music in the longer-than-ordinary version of the album... a suitable score for the quasi-existent nature of the place.

Gotta love the bio for the Cyborg_ Noodle... 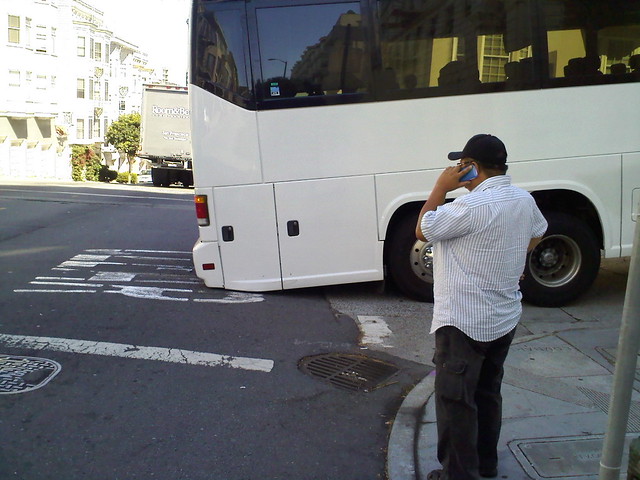 This is what happens when you're a bus driver who doesn't take into account that you're driving in a city built on actual, steep hills, where you need to actually build up inertia to move your hulking touristy behemoths.

Braking while going uphill, losing all your inertia, and then backing up and crushing your tailpipe, muffler, and all the soft, chewy bits on the underside of your motorized carriage is not advisable. Going backward is not an option. And going forward isn't much of an option either, apparently.

"So... do you have a truck big enough to tow an extra-long bus? Uphill? At a 50% grade? Maybe your tow truck and my bus could make a nice sandwich together?!"

So, this was my morning walk... Lots of uphill bits, but I apparently now eat uphill hikes for lunch, and regularly leave assorted skinny "healthy" people in the dust.

Dropped by Swan's for smoked salmon on thinly sliced sourdough, a bowl of clam chowder, two fresh local oysters and some tea, then walked up Polk St. to the coast, past Ghirardeli Square and up to the top of Fort Mason, where I took a photo. 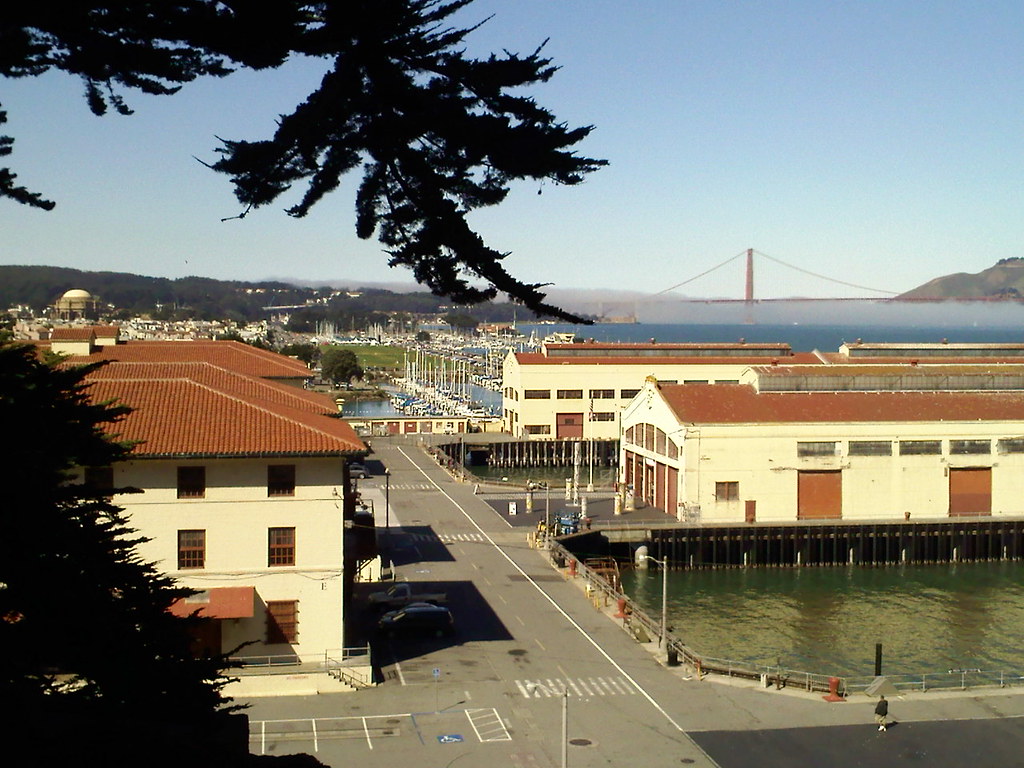 The rotunda dome of the Palace of Fine Arts is on the far left, the Golden Gate Bridge on the right.

So, after writing a nastigram to the Great American Music Hall in the wake of the late-night ninja assault, it looks like they will be comp'ing K & I a pair of hideously expensive benefit tickets to see Elvis Costello & Nick Lowe perform together.

Let that be a lesson to you... always have a well-scribed snark up your sleeves.

...you get startled at 12:30 am by a band dressed like ninjas playing heavy metal with mobile amps and a drum kit, right in front of your place.

(No, this wasn't some strange delusion. I know it's real because I tracked down the contact info for Boz Scaggs, the nearby club co-owner, and sent him a "please, help" email.)

If they want to have Elvis Costello and Nick Lowe come over when they're in town and sing us bedtime songs, that's one thing... but secret ninja amplified heavy metal is just not right!
Collapse